In the beginning of his trip, Jonathan, GNN’s representative, dedicated a well built for a Zaramo village. In October 2021, we had visited this same village where GNN Tanzania’s evangelist, Jeremiah, often goes to. Pastor Arto received a word to share about Jesus speaking to the woman at the well in Sychar. Upon hearing this, the village chairman rose to share that they have a challenge with water. They collect it at the foot of the hill from a quietly seeping pit and the water is dirty.

On the drive back, Arto had a thought, “Perhaps it is okay to build a well at least once in my life.” In the car, he considered how this could be done. Jeremiah, who is also a builder, came up with some solutions.

Thoughts became a reality and the construction of the well was agreed upon. On Saturday, 19th of February, the 23m deep well was dedicated to begin its use. Next to the well is a plaque with Jesus’ words,

“Everyone who drinks this water will be thirsty again, but whoever drinks the water I give them will never thirst.” John 4:13-14

”It was a blessed day. The villagers were very grateful for the well. Kisarawe’s regional leaders were very satisfied and thankful. The local council representatives received this gift with joy and promised to take care of its safety and maintenance. Now 800 inhabitants in the area have access to cleaner water!” 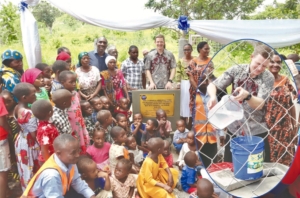 ”On Friday, 18th of February, we visited a Zaramo tribe village to take Bibles to four recent converts. We went to encourage believers in a church nearby and three more decided to follow Jesus. We also had a meeting in the yard of a recent convert.

The name of the village was Masaki. Neema, a young Muslim woman, used to be considered insane. Nobody could control her. Then Neema heard about Jesus. She was delivered and became sane. Since then, her mother goes around telling all what Jesus has done for her daughter. This family belongs to an unreached people group. It was in this village that I was able to share the Gospel in Neema’s family yard. Four of the villagers decided to be saved. At the same time we took 10 Swahili Bibles to those already saved.” 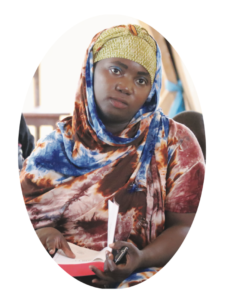