Within Finland, the Sädeaho’s calling has led them to found international churches in the greater Helsinki area, first in the city of Espoo in 2009, and later in the city of Vantaa from 2009 onwards.

Foreigners who have come to Finland for work, marriage, studies or some other reason, need a spiritual home to help them integrate.

Vantaa International Christian Fellowship (VICF) started up in January 2009 in Tikkurila, 5 km east of the Helsinki-Vantaa airport. Weekly Sunday Service is at 4PM, and Bible Study & Prayer every Wednesday at 6PM onwards. (See more at vicf.fi.)

VICF is also part of these two relational networks: 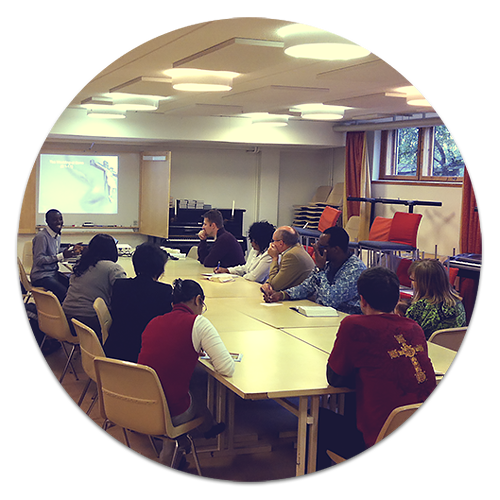