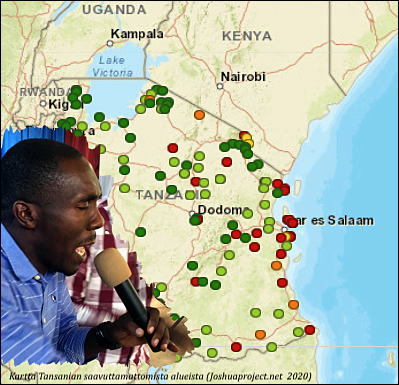 Map of the unreached tribes in Tanzania

In February 2020, Francis Tusiime from Uganda visited us. He is our key contact in our pioneer work in Tanzania. We invited Francis to strengthen our contacts in Finland. VICF had partially supported the successful course we held in June 2019 in Dar es Salam. Our congregation warmly welcomed Francis of whom they had heard so much about from our mission trip reports.

As we travelled to various churches in eastern Finland, our African friend was very excited to see snow for the first time in his life. The passage in the Bible: “Though your sins are like scarlet, they shall be as white as snow”, opened up to Francis in a whole new way.

Throughout our travels, our guest’s modest approach and powerful prayer ministry captivated the listener’s hearts in every place. As we spent time together, we heard more of how Francis was called to ministry: Already as a schoolboy, he experienced a strong missionary call to the nations. Later on, he realised this did not mean political nations, but different tribes and people. From his mentor late pastor Wilson Ssentongo, he learnt to plant new churches in a team setting. When asked how many churches he had planted before Tanzania, his quiet answer was: ‘more than ten’.

In 2010, Francis then went to Tanzania with the blessing of his home church. He began his ministry without funds from a zero level amongst the still unreached Zaramo tribe (1.2 mill.) living in Dar es Salam area. Since the mission course we arranged in ‘Dar’ in the summer of 2019, along with the pioneers from this course, the ministry has expanded to other parts of Tanzania. 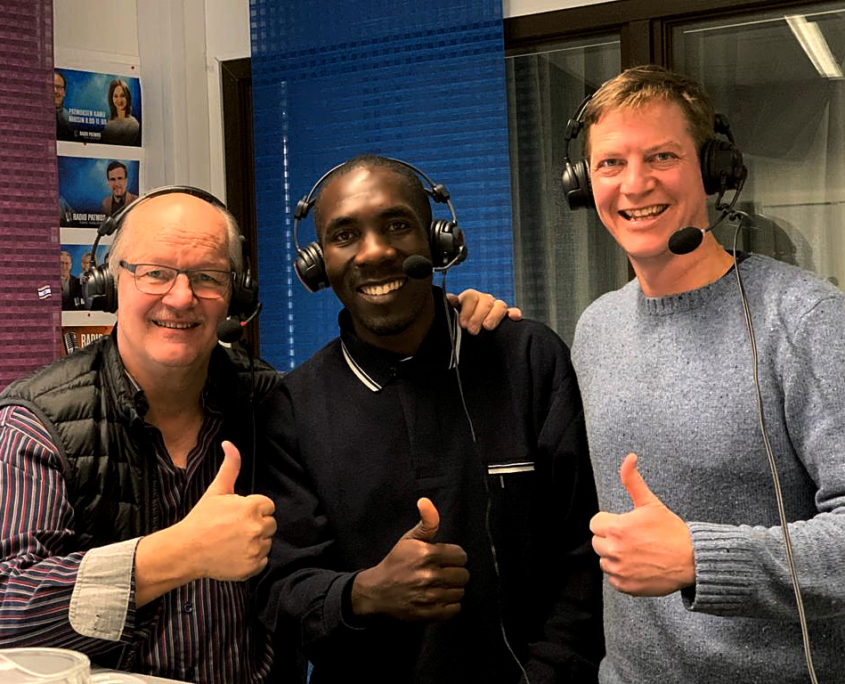 Arto, Francis and Jonathan at Radio Patmos, where our Finnish radio program airs every Tuesday at 3PM (rerun on Saturdays at 8PM).