On Monday we flew to Myanmar’s 2nd largest city, Mandalay (1,2 million). About 300,000 monks live in this city known as a stronghold of Buddhism. However, our thoughts were anywhere but in tourism. A young pastor from the northeastern corner of Myanmar, Simon, came to meet us. He has already been involved in pioneer work by sending out three short-term pioneers to work amongst the unreached. 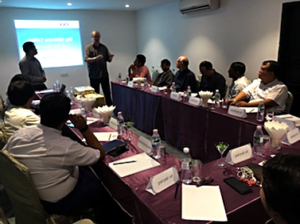 Early the next morning we met with 12 key church leaders, having arranged a breakfast gathering and reminding them of the church’s most important calling. After our introductions, I shared with them the vision of the unreached in Asia, emphasizing that it is primarily their churches’ calling. Next Shierley, as a fellow Asian, shared how they have been able to send people out to the unreached from Indonesia.

The presence of the Holy Spirit spoke to the attendees and we saw how the vision began to unite them, despite denominational barriers. There was an Anglican bishop, the Trinity church pastor, Baptists, Pentecostals and others.

VICF Pastors attended the Fellowship of European International Churches (FEIC) Summit in Madrid (Oct 15-18th 2018). The theme was “Inside FEIC”. 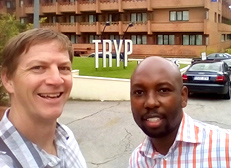 The summit workshops focused on how to develop people and build systems/ church infrastructure that will facilitate the health and growth of the church in a balanced way. The workshops helped us to see the areas we need to develop in the short-term while considering our long-term goals and vision.

We were spiritually refreshed, encouraged and got a deeper understanding of the Holy Spirit’s role in driving our vision, making concrete plans and dreaming big.  We specifically had discussions on how to develop our Children’s Ministry, and it was agreed that in the future the FEIC Kids ministry coordinator will visit our Church to help train and provide support for our children’s ministry.