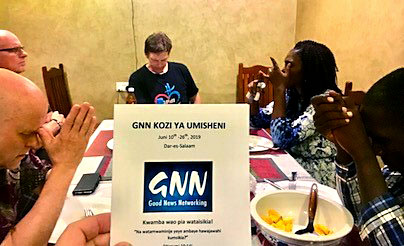 Jun 2019 | The opening evening of this historical course was filled with expectation. There had not been such a mission course in Tanzania before that focused on reaching the unreached people groups (UPG). Now, in a hostel in Dar es Salaam, 42 pastors had gathered to learn about missions among the unreached.

The three weeks’ program was quite intensive, and the content was both demanding and diverse. Days began at 5am with prayer, continuing until 9pm after two hours’ break in the afternoon. As the course went on, the participants’ enthusiasm didn’t wear out but kept on growing. On the weekends they returned home to shepherd their churches, meanwhile we i.a. arranged a Youth Conference, and a vision casting breakfast for entrepreneurs, visited a Zaramo village and preached in local churches.

In the graduation ceremony students were wearing academic robes and caps.

On the graduation day, some 150 people were gathered together to celebrate including family and friends, leaders of the local community as well as the hostel owner. The atmosphere was joyfully liberating. A student representative gave a speech about what they had learnt. They had received tools for reaching the unreached. Their understanding of missions was expanded, and they had realized that it’s not just for the Western missionaries alone; this calling – that is God’s heartbeat – is also for the church in Tanzania.

Just recently, in September, our Ugandan missionary in Tanzania, Francis, excitedly told us that nearly half of the course participants had already begun implementing the attained knowledge into their work in new villages and areas close to them and beyond. This is great news! One of them, Brian, organized a seminar for Pastors, where he is teaching them about the practices for reaching new tribes. At the same time, he’ll continue his already commenced work in a new village, utilizing the principals he’s learned. 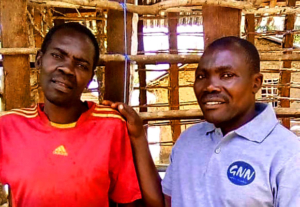 Our wonderful translator, Jane, reported: “Partakers of the training are grateful for GNN’s mission course. They began to modify their practices, having special consideration for the unreached tribes in their region. One lady went to a Masai area near Arusha. She has already made connections with members of the tribe, applying methods learned during the course to her work. It is evident that this June’s Mission course is bearing good fruit; we thank God for that!”

There are still 27 unreached tribes (6M ppl) in Tanzania. Next we will arrange for our participants an online follow-up training, and a “Next Steps” seminar which will be held in May 2020. Let’s intercede for these events as well as for the participants in their work – may God’s fire and vision spread through them!

We give God all the glory and want to thank everyone who were enabling this course to become a reality!