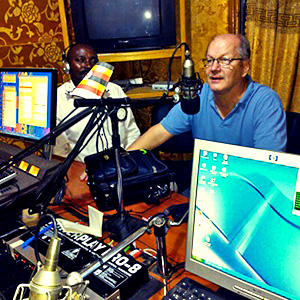 In January 2013, I was speaking with my fellow pastor on the Ugandan Christian night radio for the third time. In the early hours of the morning (between 3 and 6 am) the program is broadcast to 25 million listeners throughout western Uganda, Congo, Rwanda and Tanzania.

Wednesday’s regular program reaches one million people. After our broadcast, 20 calls flooded the phone lines and seven people made the decision to give their lives to Jesus. One of the calls came from Kigali, the capital of neighbouring country Rwanda.